So, it finally happened, the Castles Built in Sand have been swept away by the sea and we have dispersed into different ends of the world (almost). It has been a great few years working together and now we are excited to see where the tide carries us, where we shall be washed ashore, and what projects await us ex-CBIS’. 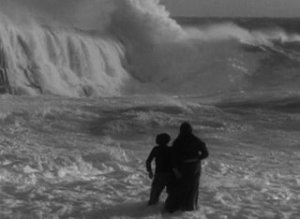 Hard to believe but it is 3 years to the week that we first met as a collective in the Sandbar close to Manchester’s various Universities.  At that time quite a few of us had just finished a Masters in Visual Anthropology at the Granada Centre in Manchester University, were probably somewhat jaded by the experience of mainstream education, and perhaps were to a degree operating under the illusion that it would be plain sailing into a life as successful independent filmmakers. Well not quite.

END_OF_DOCUMENT_TOKEN_TO_BE_REPLACED

Recently we got an email from Laura Kuhn, the director of the John Cage trust in the US. She kindly dropped in a few lines about our latest project “The Song”, along with some other interesting stuff!

Have a look here: http://johncagetrust.blogspot.co.uk/2013/10/so-begins-hiatus-organ2aslsp-in.html

Here is a trailer for ‘The Song’, a project we have mentioned in a previous post, and are currently searching for funding to make.

The trailer focuses on one character as he traverses a bleak English landscape. The longer version will bring in two other characters in different parts of Europe, all heading towards the sound of the song. We made it to test our concept, and to pilot the idea. We think it works pretty well, and we hope you enjoy it!

Description: The Song is comprised of B&W analogue stills. This resonates with the film’s themes in that most technology has been lost in a bleak post-apocalyptic world where only John Cage’s composition ‘As Slow As Possible (ASLAP)’ exerts any true meaning and where powerful and contested religious beliefs have grown around ‘the Composer’ and the possibilites of a new dawn upon the sounding of The Song’s final note.

Visually The Song pays homage to Chris Marker’s powerful cinematic essay narrative La Jetée. Aurally it credits John Cage’s legacy by placing central emphasis on the sound design as a whole, not separating musical and environmental sounds, but creating a powerful sonic entity which along with narrative becomes the driving force imbuing the images.

“Silence is not acoustic. It is a change of mind, a turning around.” (John Cage)

Helpyourself Manchester is now free to watch in full on You Tube. Since over 100 people turned out to the launch night in the Klondyke last November, we’ve had a number of really great screening in places like Newcastle, Leeds and Edinburgh- thanks to all who have come out and supported the film. It was always our intention to make HSYM free to view for those interested in DIY music and culture and in the spirit of that community we hope that all of you will share this film far and wide.

After the vague polaroid-post a few weeks ago, we think it is time to provide you with a bit more information about our latest project.

We started working on our first fiction film, a new experience for all of us. Currently titled “The Song”, the film is inspired by Chris Marker’s La Jetée (The Jetty) from 1962, a beautiful film almost completely comprised of stills with an amazing soundtrack. Our film will work with the same aesthetic and sonic concept, but we are going to combine it with animation and – of course – a unique narrative.

The Song is set in a post-apocalyptic world, in which John Cage’s “ASAP (As Slow As Possible)” has taken on a life of its own. “ASAP” is being performed in a church in Halberstadt, Germany at the moment; having started in 2000 it is going to finish in 2640.

Recently we began to shoot the trailer for The Song. You can look forward to seeing it online soon…

Helpyourself Manchester was screened at the Victoria Baths Fanzine Fair. It was a lovely day with loads of interesting discussions. Thanks to everyone who came!

The Skinny published an article about the Fanzine Fair with an excerpt of an interview with us: http://www.theskinny.co.uk/books/features/304578-better_paper_victoria_baths_fanzine_fair